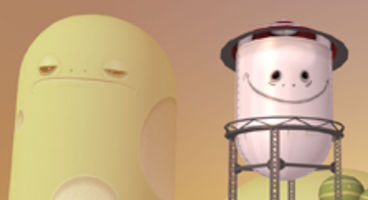 Developer Gaijin Games has announced they're working on the fabulously named 'Bit.Trip Presents: Runner 2, Future Legend of Rhythm Alien' for 2012.

CommanderVideo returns in his retro look but with all-new 3D visuals. The studio has released a video revealing the serious nature of games design.

Runner 2 will be releasing for Xbox Live Arcade and the PlayStation Network sometime next year. Check out the clip below for what goes on behind the scenes at Gaijin Games. An official Runner 2 blog has been launched by the studio.