OnLive's UK growth "faster than when we launched in the US," millions playing 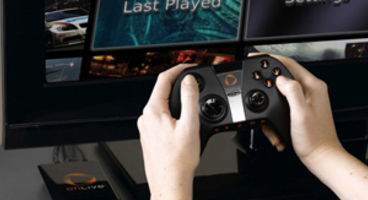 CEO Steve Perlman of cloud streaming platform OnLive has heaped tons of praise on their launch in the British Isles, saying they've achieved "ten times what we projected."

It went "beyond what we ever imagined," as Perlman says 'millions' having been using OnLive since its September 22nd launch here in the UK. No exact user count has been disclosed.

OnLive's global audience stands at 'tens of millions', they report. The cloud service lets users buy, stream and play games instantly over the Internet. It launched in the US over a year ago.

Apparently demand rocketed one day in the UK that they had to turn on a new batch of servers to keep up. "The growth in the UK has been faster than when we launched in the US," Perlman said. "It went beyond what we ever imagined. Overwhelmed is not even the word. The numbers in the UK are ten times what we projected."

Retailer GAME is expected to start selling the OnLive microconsole later this year, with others to follow suit later. It connects to a TV and behaves like a home console except all titles are streamed via the Internet. The OnLive website prices it at £69.99. Originally a subscription for OnLive was required but it was dropped.

Have you played a game using OnLive, or any other cloud streaming service?