11 January 2011 | By David Brown
Castles. They're fun, in a cold stone kind of a way. All those battlements, portcullises and concepts of concentric defence. Plus they have arrowslits, which sounds incredibly rude if you have that sort of mind. Firing a volley through their arrowslit is something all castle archers would love to do and it does sound rather fun.

It was also a vital part of defending your fortification, if we're going to return to normality here for a moment. Sensible placement of your defensive nooks, crannies and holes could mean the difference between repelling an invading force or being force to watch as they set fire to your family. Planning was everything. 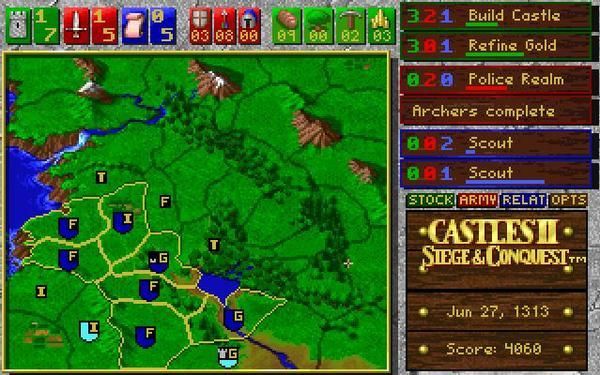 As it was in Castles and its sequel, the imaginatively named Castle II: Siege and Conquest. Primarily we're going to be talking about the second game here, as it was a) better and b) the one your correspondent actually played a lot back in the day.

All this footage is included in the bundle package over at Good Old Games, that wonderful repository of many things ancient and PC-related. The video is meant to give you tips on how to effectively construct your castles in the builder, but of course it doesn't really. Yours will either be chosen from a list of 10 default historical recreations or slapped together with very little thought once you've become tired with how fiddly and rubbish the castle creation interface is. 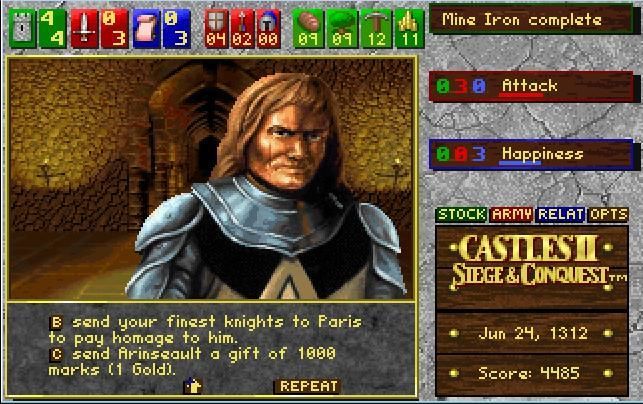 The most interesting thing about Castles II is, curiously, not the titular structures but the setting where you'll be building them. Not many games use 14th Century France as a backdrop, but it's a remarkably engaging and interesting period to be thrust into. To this day I retain a healthy dislike of all things Valois.

The main game screen was just a map of western France, split into provinces and with all the stats and info you needed displayed around the edge. You and four different nobles were vying for the title of King of Bretagne, with the Papacy tagging along as a sixth faction to keep things interesting.

Resources to be gathered were gold, timber, iron and food, all gathered from territories that specialised in them. If you had four territories, all producing gold, you'd be able to hire a quality army, but they'd all die of starvation before they got into a scrap. In this scenario, you'd have to trade with other factions to make up the shortfall.

Tasks could also be performed that were split into three categories – administrative, military and political. The first was all about harvesting resources and building castles, the second obviously to do with raising an army and such. Your armed force could consist of soldiers, knights and archers, plus some mighty siege weapons like catapults and ballistae. 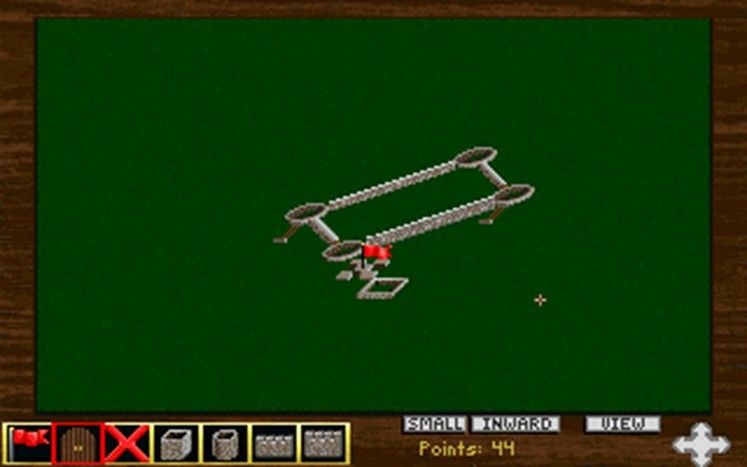 The political tasks ranged from sending out scouts to see what the surrounding territories (initially hidden) offered in terms of resources and also to find out who might be in control. Politics also involved using diplomats and spies to maintain relations with his Holiness and perhaps spoiling the chances of your enemies using devious methods.

You could also have envoys from the Pope killed if you really wanted a challenge, as you'd be denounced and everyone would attempt to wipe you out. Of course, annihilating everyone would allow you to win, securing a endorsement from a puppet anti-Pope.

Perhaps the worst bit of the game, though, was the combat. Nowadays, it's almost embarrassing looking at the crude stick visuals and grotesque muddy terrain, and it's also just rather confusing altogether. It was always much more fun sticking to the more wholesome activities like butchering papal envoys.

While Castles II and its predecessor don't necessarily provide an adequate strategy challenge nowadays, it's important to remember how interesting the setting was and how many good ideas they had back in the early 90s, some that aren't seen in modern titles. 14th century France is a period rarely touched upon by strategy games, at least not in any detail. The Medieval: Total War games will have the area modelled and mapped, but it's part of France as a whole rather than a collection of squabbling nobles. 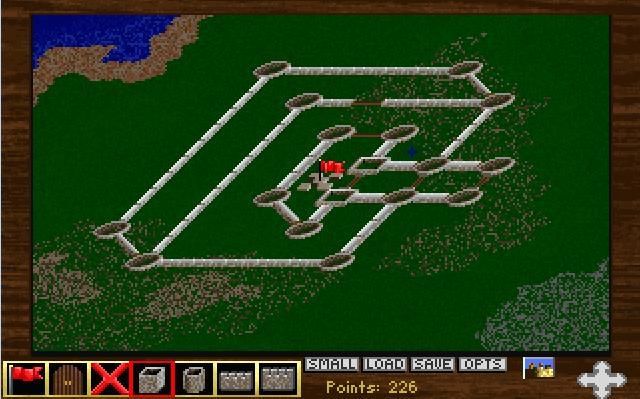 Additionally, including interesting documentary footage with a historical strategy game is unheard of now, and for such an old game, including a fully fledged (if fiddly) castle building module was definitely ahead of its time. It's also still more fun than the Stronghold games, simply because there's more of a definite connection to real history here.

And do any of the Stronghold games have BBC documentaries accompanying the action? Exactly.