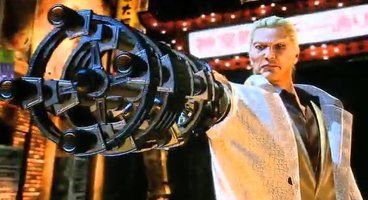 Toshihiro Nagoshi revealed in a blog post that he'd developed an unreleased title in the Yakua series Yakuza 3D, and the fifth game in the series will be a shooter taking place in a zombie apocalypse.

In his blog, Nagoshi teased, “Yakuza 3D was amazing,” and hinted strongly he'd like to revisit the concept.

That's not to say the series isn't getting some innovation. The fifth game in the series is called Yakuza: Of the End, and will go the Left 4 Dead route - a straightforward zombie third person shooter. It'll be released in Japan on March 17, and judging by the trailer, it's Yakuza meets Army of Darkness as directed by Robert Rodriguez, with a heavy sprinkling of Dead Rising.

Yakuza 4 will be be hitting the PlayStation 3 this spring, while Nagoshi himself is developing an untitled for the Xbox 360 and PlayStation 3 with Binary Domain.