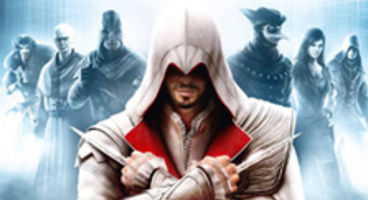 Ubisoft has let slip the PC improvements for Assassin's Creed: Brotherhood, which include the usual suspects of better draw distances, textures, lighting etc.

Also in is full stereoscopic 3D support for Nvidia's 3D Vision and multi-monitor for AMD's Eyefinity technology. AC: Brotherhood was one of 2010's best.

The same minimum PC requirements of Assassin's Creed 2 are needed by AC: Brotherhood, which also saw its release on desktops significantly after its console debut. It's great news for those invested with multiple monitors and fancy Nvidia 3D tech.

Otherwise we can just enjoy a much boosted fidelity for PC anyway. Assassin's Creed: Brotherhood releases on PC March 25th in Europe. Have you been waiting? Once again though a permanent internet connection is required to play this Ubi PC title.