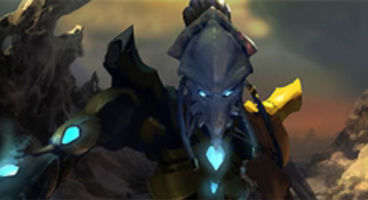 Ryan Winzen put together a little StarCraft 2 mod called 'World of StarCraft' which then caused a small ruckus with Activision Blizzard over copyright.

However there's good news because the mod still lives but under its new name of 'StarCraft Universe'. This fan-made 'MMORPG' sticks to 12-players max.

At the time the mod was unveiled Activision Blizzard had all YouTube clips of the creation pulled, which they did under the guise of copyright violations. Many pointed the finger of blame at Blizzard for not expecting something like this would happen.

The project was paralysed but now it's all systems go under its new moniker, StarCraft Universe. This mod, which is supposed to be MMORPG like in nature, sticks to the 12-player cap imposed on StarCraft 2 mods - so no mega raid groups, sorry.

• A wide variety of monsters, bosses, and character classes. SCU classes include: Infantry, Special-Ops, Demolition, and many others.

• A game save system. These maps will allows players to create, save, and load existing characters (a unique function uncommon to custom StarCraft maps).

• Hundreds of customizable weapons, runes, and equipment to choose from. They can be acquired as loot or bought in shops.

• Multiplayer experience. These maps allow (and encourage) up to twelve players in one match

Many have asked, begged and likely even threaten Blizzard to get off their well funded can and go make a full fledged 'World of StarCraft' we can all weep joy over.