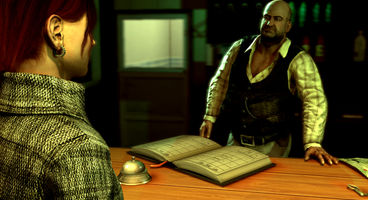 Publisher dtp has released a press release announcing a new point & click adventure game, Mememto Mori 2, the sequel to their art theft caper. Memento Mori 2 will be released this coming Winter in Germany, Austria and Switzerland in Q4 2011.

The new game sets the dual protagonists from the first game, Lara and Max, on a new adventure dealing with art theft, this time in Cape Town. While the police have already put the break-in on file, Lara and Max attempt to pick up the thief’s trail. In the course of a frantic chase, Max and the thief get caught up in a terrible car crash. The thief’s body is salvaged from the bottom of the steep coastal cliff and Max is declared missing, presumed dead.

Totally devastated, Lara returns to Interpol headquarters in Lyon. In her next case she then keeps finding clues that suggest to her that Max is still alive.

Centauri Production, the developer, has developed its own new dedicated 3D engine for Memento Mori 2, which promises to realistically and atmospherically light the locations and also to portray the characters’ detailed and finely crafted facial expressions. 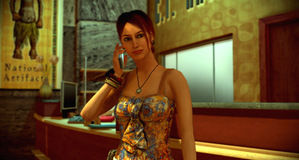