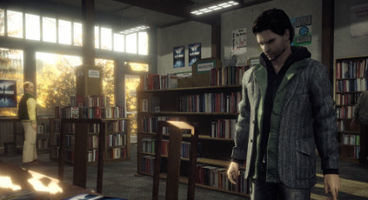 Microsoft Studios head Phil Spencer has stated that the new, unannounced Alan Wake project from Remedy hasn’t been greenlit yet. This follows an announcement by developer Remedy that a new Alan Wake title was in development, but it wasn't Alan Wake 2 or DLC for Alan Wake 1. This doesn't include the recently announced Alan Wake: Night Springs.

In an interview with Joystiq, Spencer said, “I don’t know that they’ve signed it with anybody."

Spencer was enthusiastic about another Remedy title, however. “I’d love to work with Remedy again,” said Spencer. “We have ongoing conversations with them. I think the stuff they’re doing now they wanted to incubate, Mattias (Myllyrinne, Remedy boss) and the team. They wanted to incubate internally. Like I said, I don’t think they’ve signed it with anybody.”

Are you interested in a new full-length Alan Wake title?