Microsoft: Only Master Chief in Halo from now on 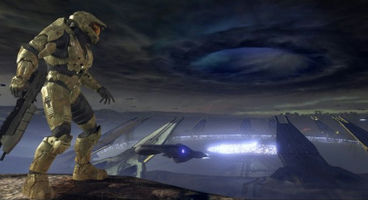 Microsoft Games Studio boss says Microsoft "lost its way" with the Halo franchise, and from now on, there won't be any anonymous protagonists like Noble Six or The Rookie - it'll be all Master Chief all the time, starting with Halo 4.

In an August 2011 Official Xbox Magazine interview with Spencer, he stated, "Playing as Master Chief, the 'John Wayne character of the universe', was a key part of what people loved about the franchise. We really spent time thinking about the story arc that we want to tell, in the world, to get back to Master Chief. Make it simple. It's not Halo-anything, it's Halo 4. It's the beginning of a new trilogy.

"That's the role I want Halo to play. It's not about re-enacting previous wars, it's not the kind of comic-book pulp that Gears of War is which I obviously love. Halo is a very story-driven, immersive experience, centred around Master Chief."

Spencer went on to say the "anonymous" characters of Halo: Reach and Halo: ODST will be "swept under the carpet", and the Master Chief will become the focal point once more.