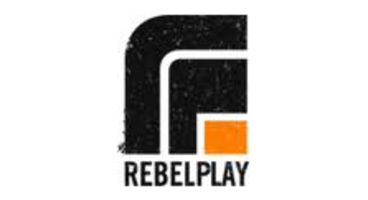 Former Sony Liverpool producers Leo Cubbin and Phil Gaskell and starting their own UK publishing outfit, but they want to adopt a 'movie production' approach.

RebelPlay will "bankroll games" and cover staff wages for the month, but they "really need to own" IP. Devs owning IP "isn't as important as being associated with it".

"We always said we want three big changes, to change the business model in three ways: No advance on royalty, higher revenue shares, and the way in which a project gets funded," said RebelPlay co-founder Phil Gaskell.

"Traditionally you try and push as much to the back of the project as you can with master payments, beta payments and alpha payments. They tend to be much bigger than milestones one, two, and three. So more often than not the developer is sweated early on - you've got to make that payment last three months."

"That won't work for us," declared Gaskell. "If we're dealing with university graduates that have just set up or young guys who are setting up their own business for the first time they need an easy cash flow. So we bankroll games. In the same way that Optimum funds a movie - if there's 25 people working on a movie that month they pay 25 people's wages."

"But intellectual property is something that we really need to own."

A lot of developers are keen, or at least thought to be, in keeping control of IP they create. Just look at the Infinity Ward and Call of Duty situation.

"When we talk to developers they realise that the ownership of the intellectual property isn't as important as being associated with it and going on a journey with you when you exploit it," added Gaskell. RebelPlay promises to keep creators 'in control'.

"Something we do with all our contracts is that by default all developers get first refusal on sequels and ports to do with that IP, so they are effectively intimately connected to that IP through its lifetime. They can exploit it with us and benefit with us."

"We can rebalance the situation by saying they can recoup costs 100 per cent. They only need to effectively sell 50,000 units of this game before you and us are earning a revenue stream on it. Under a normal deal you'd have to do half a million units or more and you'd be looking at years rather than months to start earning on it," explained Gaskell.

Does this sound like a publisher with a conscious? Is there such a thing? They hope to prove there is. Check out the full interview between RebelPlay and GamesIndustry.biz.