Skyrim makes "heavy use of caching" on Xbox 360, 'longer loads if cache cleared' 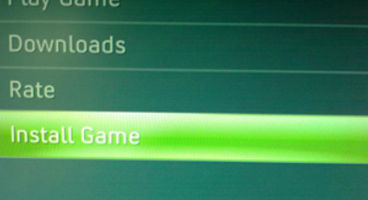 Bethesda advises Xbox 360 gamers that The Elder Scrolls V: Skyrim is a hog for caching to the hard drive, and that the "initial load" could be lengthy if not installed to the console.

Caching happens over the "normal course of gameplay," but it can be cleared by playing other titles. Save games "could also potentially take longer" to load if the cache is cleared.

What's the lesson here? It's best really if you optionally install Skyrim to the hard drive, which is about 3.8GB of space. A day one patch nudges all platform versions of Bethesda's Skyrim to 1.1.

"Caching takes place over the normal course of gameplay, but can be cleared by playing other games or manually cleared in the Xbox Dashboard. Save game load times could also potentially take longer if the cache is cleared." The Elder Scrolls V: Skyrim releases on Xbox 360, PS3 and PC today. Check out our review for why we love dragon slaying.