PSN down 'caused some problems' for Dark Souls development 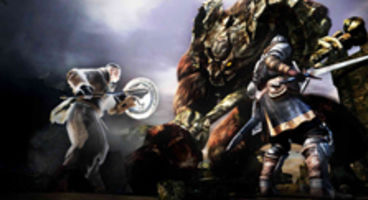 From Software admit that the loss of PlayStation Network to the hacks have "caused us some problems," said producer Kei Horono. They still aim for an October date.

The studio is "in contact with Sony" about the issues, as Dark Souls is an online heavy title. Overall the team doesn't feel threatened much, and keep their street date.

"I would be lying if I said the problems with PSN hadn't caused us some problems," said Dark Souls producer Horono-san, "but we are in contact with Sony and are aiming to meet a street date of October 11." Namco Bandai has unveiled pre-order incentives.

Dark Souls is the spiritual successor to mega tough PS3 RPG Demon's Souls. It releases on Xbox 360 and PS3 October 11th. Hopefully PSN will be 'hack free' by the fall.