Futuremark to reveal game on July 19 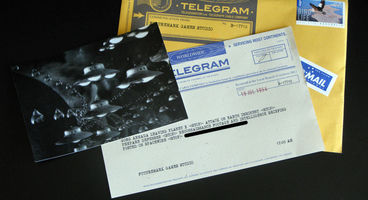 Packed inside was a black and white photograph of what appears to be the “Gorg Armada,” which resembles old-fashioned flying saucers that Ed Wood Jr. might depict in one of his movies.

Regardless, we'll be awaiting the invasion next week. Futuremark Games released only one game in its history: Shattered Horizon.