12 October 2011 | By Jonah A. Falcon
Sega has announced that the latest iteration of its classic arcade racer, Daytona USA, will be hitting Xbox Live Arcade on 26th October and PlayStation Network on 25th October. The game will cost 800 Microsoft Points or $9.99 USD. 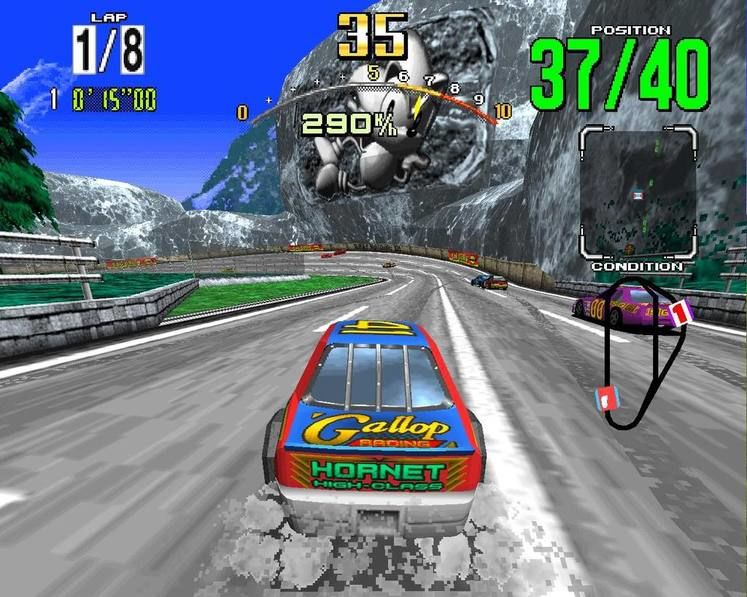 Daytona USA features enhanced graphics, steering wheel support and, for the first time on home consoles, online multiplayer. Other features in the HD re-release includes, according to the press release:

* Fresh Oil and a New Coat of Paint: Experience the classic retro graphics of the original arcade hit in an enhanced,16:9 widescreen format

* Let’s Go Away: Relive your glory days of racing to the sounds of the original Daytona® USA soundtrack, also available in Karaoke Mode (admit it, you know you have been singing along anyway)

* Reach the Winner’s Circle: Challenge AI opponents in Arcade Mode, race the clock in Survival and Time Trial Modes, and trade paint with up to eight players in online multiplayer to place on the worldwide leaderboard