The gameplay mechanics of Grimlands are intriguing. Instead of leveling characters or picking skills, skills are learned and improved by using it in the game. "Practice makes perfect." However, skills are degraded when they are not used, in a "use it or lose it" way. In other words, the character is molded by the player's gaming habits. Another highlight of this feature are the various vehicles that can be custom-modified and can even be driven by a group people as well as the cities that can be founded and expanded.

According to Patrick Streppel, Executive Board Member at gamigo, "Grimlands combines the action of a shooter game with role-playing game elements and the open world of an MMORPG for the first time. The graphics and the approach to free skill development are truly remarkable. Just as players leave their mark on the post-apocalyptic world, Grimlands will leave its mark on the world of MMOGs."

Grimlands is expected to be released for PCs in late 2011. 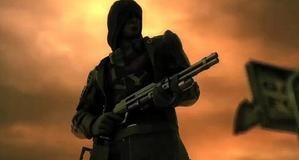