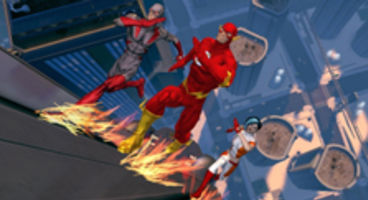 Sony has confirmed that DC Universe Online can't be "resold/ replayed" with a second owner adding a subscription. Disks and accounts "are one."

PC gamers are used to this because of serial keys. For the high majority of console owners it's quite alien. There's no 'second-hand code' purchasable.

"Once the PSN key has been consumed with a disk it cannot be resold/ replayed with the second user adding a sub," said Sony. "Only the original consumer can use that account. Disk and account are one."

For a while Sony has been rumoured to be wanting to include such one-time codes in their first-party line up of titles, however the obstacle that remains is needing the PS3 to be connected online for activation to a PSN account.

More and more 'Online Pass' codes for multiplayer have been introduced by publishers but this is the first one on the console that strictly forbids second-hand sales, enforcing a one-time code. A lot of studios are likely paying attention to the sales figures.