Insomniac's Ratchet & Clank: All 4 One confirmed with 3D support 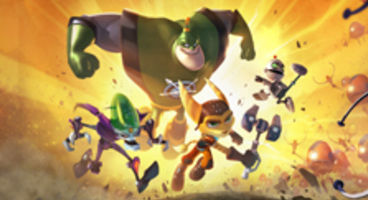 Thanks to an SXSW Interactive event, co-op platform action title Ratchet & Clank: All 4 One from Insomniac is confirmed to be full of extra 3D goodness.

In All 4 One players work in pairs with Ratchet & Clank, or Captain Quark and Dr. Nefarious to blast, leap and collect bolts. It's due out later this year.

Yes full stereoscopic 3D features are included with the upcoming Insomniac title, which is little surprise for a Sony first-party studio. The corporate giant has been promoting 3D wherever it can to help flog those fancy 3D TVs they produce.

Ratchet & Clank: All 4 One releases exclusively on PS3 later this year.