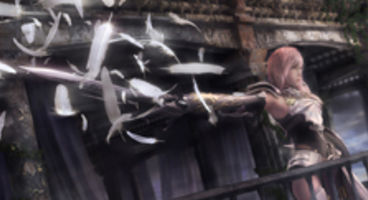 A Japanese magazine reports that Square Enix's Final Fantasy XIII-2 is about '70 percent complete' and also noted a name change for one of the systems.

The 'Optima Change' system in the Japanese version will now adopt its English version name of 'Paradigm Shift', which lets you alter character roles/jobs instantly.

The magazine also had in-game shots of the Japanese language version. At E3 last week fans of the Final Fantasy series were treated to all English voiceovers and text showing how far along they really are, which is about '70 percent' according to the Jump article.

Famitsu and Dengeki are expected to print their reports on FFXIII-2 soon. It's being released on Xbox 360 and PS3 like its predecessor.