CryEngine 3 "up to about 40 licensees", not all games related 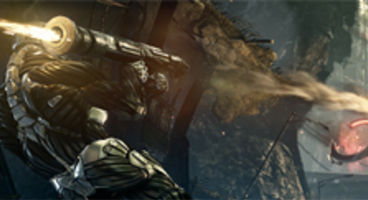 Crytek's CryEngine 3 business is booming and not all of it relates to games. They've now reached "about 40 licensees" dealing with publishers and indies.

The US Army has signed one such license to help train infantry, as well as building architecture companies. Most titles aren't "ready to show" yet.

"The games being worked on with CryEngine obviously require a certain amount of development time, and they haven’t got to a point yet where our licensees are ready to show them," said Carl Jones, CryEngine's director of global business development.

"We’ve shown a few, but there’s a lot more in the pipeline… they’re not at the development stage where they’re ready to announce or show. But certainly in the next year you’ll start seeing some really exciting products that are using CryEngine 3 in many genres and on all the main platforms – consoles and PC." Crysis 2 is CryEngine 3 powered.

"We’re up to about 40 licensees now with CryEngine, but we haven’t been able to announce many of them as yet. But we have publishers that have signed up for licenses with CryEngine as well as independent developers so there are some good products on the way."

Not all licenses are for videogames. "That’s the interesting thing about CryEngine, is the way that people are seeing its use outside of games," added Jones.

"We very recently announced that the US Army has signed up a major licence for CryEngine for training infantry as well as special operations command, who will also make use of the engine." Crytek has a dedicated US studio to handle simulation work.

"So that's in the simulation space, but we also have partners and licensees in other industries who have seen that real-time engines can be used to replace what's currently being done with linear pre-rendering."

"The power of a real-time engine with the graphical quality of CryEngine gives them the ability to create CG quality movies that their clients and they can use in an interactive way, which is such a huge leap from just watching a film - being able to change it on the fly and interact with it." Despite interest outside of games, it remains Crytek's core business.

"Still the great majority is in gaming, of course – so much of the technology is built around gaming. It just happens that there are elements of the technology – the sandbox tools and rendering quality – that are usable by other industries," noted Jones.

Has Crysis 2 impressed you with CryEngine 3's technical abilities? The PC version recently for a free DirectX 11 upgrade along with an optional higher texture pack.