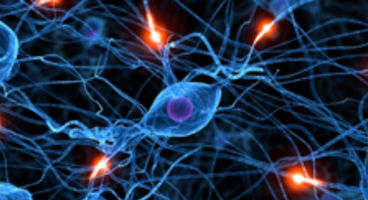 Tabloid The Sun, owned by Rupert 'phone scandal' Murdoch, has jumped on "top scientist" Baroness Greenfield's words that games can cause dementia.

She claims that brain connections can be 'knocked out' temporarily or even "inactivated permanently by degeneration" due to "strong sensory content".

"She urged youngsters to turn off their computers, go outdoors and enjoy fresh air instead. In a single year, children can spend up to 2,000 hours staring at a screen, which poses risks such as computer addiction," reports The Sun.

"Screen technologies cause high arousal which in turn activates the brain system's underlying addiction. This results in the attraction of yet more screen-based activity," said Baroness Greenfield. The tabloid describes her as a "leading neuroscientist".

Connections within our mighty gamer brains can be "temporarily disabled by activities with a strong sensory content - 'blowing the mind'." Well, Arkham Asylum was pretty great.

"Or they can be inactivated permanently by degeneration - ie. dementia," she added. Basically she wants us out in the sunshine and not glued to screens.

"There is a need to be outside, to climb trees and feel the grass under your feet and the sun on your face," continued the Baroness. The 'top scientist' wasn't too happy with Facebook either, warning that youngsters rely on it too much socially.

"What does it say about their identity if they are defining themselves by how others see them?" Sounds like a smart women and her theories on brain activity and 'strong sensory content' overload warrants some scientific exploration.

Sadly, The Sun has hijacked the Baroness' message for the thrill of printing its usual flair of anti-game hyperbole. Might want to check your phone, Baroness Greenfield.