15 February 2011 | By Jamie Davey
Warner Bros. has announced that Double Fine Productions are working on a Sesame Street game for Kinect on Xbox 360.

Sesame Street: Once Upon a Monster will allow young players to join Cookie Monster, Elmo and other Sesame Street characters as they explore a living storybook titled Once Upon a Monster. In the book, they make new zany monster friends from the Once Upon a Monster world and share in their adventures, solving problems, forging friendships and learning key life skills along the way. Parents and children literally become part of the whimsical storybook adventure by getting active together through dancing, jumping, flying and more. 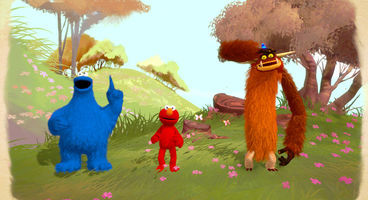 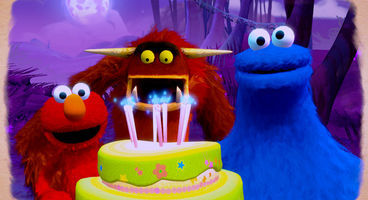 “As a mother, I couldn’t be more thrilled with the inspiring activities we’ve created for kids and families to play together in Sesame Street: Once Upon a Monster," said Samantha Ryan, Senior Vice President, Production and Development, Warner Bros. Interactive Entertainment.  “Combining Double Fine Productions’ talent for making highly creative games and the beloved Sesame Street brand, the game mixes original gameplay with a memorable learning experience.”

“It’s great to be working with Warner Bros., especially on a game like Sesame Street: Once Upon a Monster, which brings together so many things we all care about,” said Tim Schafer, President and CEO of Double Fine Productions. “Sesame Street had a profound effect on me, and many members of the Double Fine team, when we were children. So did video games. Now many of us are parents and we want to share with our kids the great experiences we had, but also the completely new ones made possible by cutting-edge technology like Kinect for Xbox 360. So it’s a labour of love on many levels.”

Sesame Street: Once Upon a Monster will be released exclusively for the Xbox 360 in Autumn 2011.