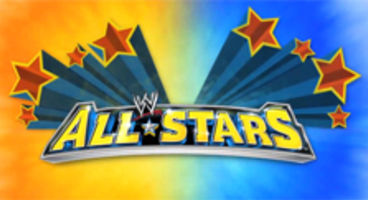 THQ has confirmed that WWE All Stars will release its demo March 22nd for Xbox 360 and on the 23rd for the PlayStation 3. It sports two wrestlers.

There won't be any online multiplayer but local is supported. We can sample 2 of the 4 character classes with The Ultimate Warrior and Rey Mysterio.

Here are the features of the WWE All Star demo releasing next week:

• Ultimate Warrior is a fierce striker in the ‘Brawler’ class, while Rey Mysterio is a fearless high-flyer from the ‘Acrobat’ class.

• While each class is designed to pick up and play, the Brawler class is very ‘button-mash’ friendly making Ultimate Warrior accessible to casual players. The Acrobat class is more finesse oriented, making Rey Mysterio a great choice for hardcore fighting fans.

• Additionally Ultimate Warrior speaks directly to our lapsed fans, while Rey Mysterio will also resound with current WWE fans. WWE All Stars spans across generations, parents will want to play with their kids!

• The demo will feature local 2 player multiplayer, but no online multiplayer. Get in the ring with a friend and have a knock-down drag-out sloberknocker!