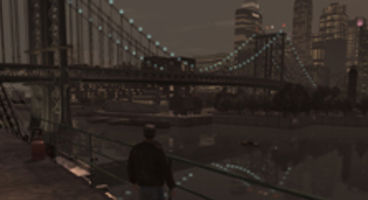 Rockstar Games are yet to officially announce that Grand Theft Auto V exists, although Dan Houser has said they're busy with the game's goliath script.

Apparently Gamestop Germany reckons it could be ready by January 15th, 2012. This June at E3 2011 Rockstar are expected to reveal GTA V to the world.

As no actual information about the game is released the Gamestop listing went with their own tease for the upcoming super-mega blockbuster. Here it is translated:

"Rock Star is now the first official information about GTA V coughed up! In an interview with the Times, said Dan Houser, that even on the fifth GTA is in progress. But before the characters are created, developers look after the the city, the whole play is in the. Houser is co-author of the screenplay for the story line be, the sites will comprise about 1000.”

Suspected viral domains for GTA V have surfaced all over the web and an alleged casting call surfaced which gave a glimpse into a collection of characters we can likely expect. It's unlikely Grand Theft Auto V would be ready until at least summer 2012, if that.