Rare "haven't fallen off the map," it has "lived up to its potential" 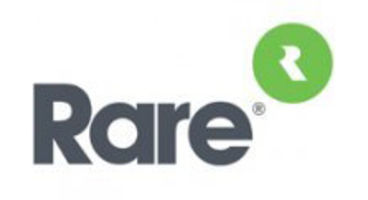 Microsoft Game Studios wholly owns Rare and gamers feel it's lost that spark of the old days with Nintendo, but studio lead Scott Henson says their "focus is different".

They "didn't fall off the map," and he points to the 3 million copy selling Kinect Sports - Rare created "a new beloved franchise" where they "started from scratch".

Scott Henson now runs the Rare studio, and he's been with Microsoft for 16-years. The UK-based developer was bought out by the corporate giant for $375 million, and original founders Chris and Tim Stamper have since left.

“We didn’t fall off the map. We might have changed and evolved. Our focus is different, but we haven’t fallen off the map," said Henson. Rare's past includes Donkey Kong Country and Banjo-Kazooie which were huge hits with critics and gamers.

"Fallen off the map is interesting when you sell over three million units,” he added, referring to Kinect Sports. “I like that falling off the map. It’s great success in this industry.” The studio was told to proceed with a sequel to the new IP, Kinect Sports: Season Two.

"If you look at what Rare has done,” Henson continued, “whether it was Killer Instinct in the arcade or Donkey Kong Country and pushing pre-rendered graphics, they always innovate as a studio. That has stayed the same.”

“The studio created a new beloved franchise in Kinect Sports. There’s more than three million people that have this in their homes, playing and loving it. The difference is we started from scratch, instead of something people know, like Donkey Kong.”

Rare developed Xbox Live's Avatar system which has slowly expanded and become an accepted norm for the Xbox 360, replacing the static Gamertag. Has Microsoft extracted $375 million worth of value from the British studio yet?

“We absolutely have. We delivered as much to the platform as any other studio. With the success of Kinect Sports and what I believe will be a successful Season Two, I think Rare lived up to its potential.”

“It’s a new day,” said Henson. “We’re excited about Season Two and it’s something to celebrate. The title itself is about connecting people to video games. It’s a new Rare. It’s an exciting place to push boundaries for what’s possible.”

Do you like this new Rare or did they peak years ago for you? Kinect Sports: Season Two releases exclusively on Xbox 360 October 27th in the US, 29th in Europe.