Sony: If you want to use PSN, you must waive all rights to lawsuits 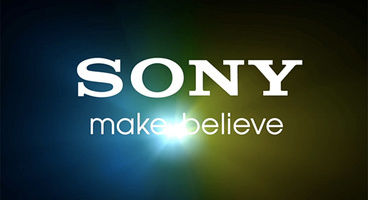 Sony has sent an email to all PlayStation Network users today with a new Terms of Service change which gives gamers a choice: if you want to keep using PSN, you must legally waive all legal claims against them.

The new terms can be read in this PDF document here.

The document begins ominously with the following statement, in all caps: "NOTE: THIS AGREEMENT CONTAINS A BINDING INDIVIDUAL ARBITRATION AND CLASS ACTION WAIVER PROVISION IN SECTION 15 THAT AFFECTS YOUR RIGHTS UNDER THIS AGREEMENT AND WITH RESPECT TO ANY “DISPUTE” (AS DEFINED BELOW) BETWEEN YOU AND SNEI, SONY COMPUTER ENTERTAINMENT INC., SONY COMPUTER ENTERTAINMENT AMERICA LLC, THEIR AFFILIATES, PARENTS OR SUBSIDIARIES (ALL ENTITIES COLLECTIVELY REFERRED TO BELOW AS “SONY ENTITIES”). YOU HAVE A RIGHT TO OPT OUT OF THE BINDING ARBITRATION AND CLASS ACTION WAIVER PROVISIONS AS FURTHER DESCRIBED IN SECTION 15."

The "Section 15" section basically says that if you have an issue with Sony, you, after signing the Terms of Service agreement, can no longer take them to court nor be named in a class action suit. You must deal solely with Sony directly, in binding arbitration.

As the PDF TOS document states: "ANY DISPUTE RESOLUTION PROCEEDINGS, WHETHER IN ARBITRATION OR COURT, WILL BE CONDUCTED ONLY ON AN INDIVIDUAL BASIS AND NOT IN A CLASS OR REPRESENTATIVE ACTION OR AS A NAMED OR UNNAMED MEMBER IN A CLASS, CONSOLIDATED, REPRESENTATIVE OR PRIVATE ATTORNEY GENERAL LEGALACTION, UNLESS BOTH YOU AND THE SONY ENTITY WITH WHICH YOU HAVE A DISPUTE SPECIFICALLY AGREE TO DO SO IN WRITING FOLLOWING INITIATION OF THE ARBITRATION. THIS PROVISION DOES NOT PRECLUDE YOUR PARTICIPATION AS A MEMBER IN A CLASS ACTION FILED ON OR BEFORE AUGUST 20, 2011."

Sony does realize that this Terms of Service might be found illegal, stating: "If any clause within this Section 15 (other than the Class Action Waiver clause above) is found to be illegal or unenforceable, that clause will be severed from this Section 15, and the remainder of this Section 15 will be given full force and effect. If the Class Action Waiver clause is found to be illegal or unenforceable, this entire Section 15 will be unenforceable, and the Dispute will be decided by a court and you and the Sony Entity you have a dispute with each agree to waive in that instance, to the fullest extent allowed by law, any trial by jury."