Japan not allowing PSN yet 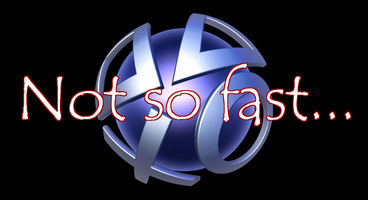 If you’re a Japanese PlayStation 3 owner, you might wonder why everyone else is getting PlayStation Network back but for some reason, you’re not. There’s a reason for that: Japan isn’t allowing it because the government doesn’t think the protection is “complete”.

Kazushige Nobutani, director of the Media and Content Industry department at the Ministry of Economy, Trade and Industry, told Dow Jones Newswires:

“We met with Sony on 6th May and 13th, and basically we want two things from them. The first is preventative measures. As of 13th May, Sony was incomplete in exercising measures that they said they will do on the 1st May press conference.

“There were similar cases in the past that were caused by other firms, and we are asking Sony whether their measures are good enough when compared to countermeasures taken in the past.”

This may be disturbing to other PSN users who have just re-logged on. Is the Japanese government being overcautious, or are other regions being too lenient?