Hirai: PlayStation 4 "not something that we are even debating" 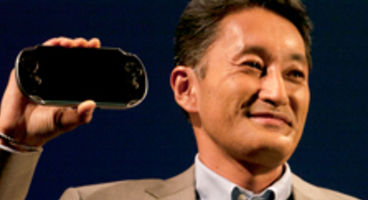 We're yet to reach the "halfway point" in the PS3 10 year lifecycle. Sony will keep improving the "software and feature set" of PS3. Will buddy up with NGP.

There's to be a "new, co-operative partnership” between the unveiled NGP and the PlayStation 3 said SCE boss Kaz Hirai. "As regards home consoles, the PS3 was put into business in 2006, and it has a 10 year life cycle,” he added.

“This means that we aren’t even at the halfway point. There are certainly many more desirable first and third party titles coming out. As we announce and implement new initiatives on an annual basis, I still believe in the importance of improving the software and feature set of the PS3."

“I think the value of the PS3 will continue to rise. Because of this, a near-future PS4 or next-generation home console is not something that we are even debating now. That is to say, we are still concentrating fully upon the PS3. Right now, I appeal to you to think of the PS3 and NGP as a new, co-operative partnership,” continued Hirai.

November marks the 5 year anniversary of the PlayStation 3 console in North America and Japan, but won't in Europe until March 2012. Sony's recently announced NGP will be out in Japan this holiday period - it's the next-gen successor of the PlayStation Portable.