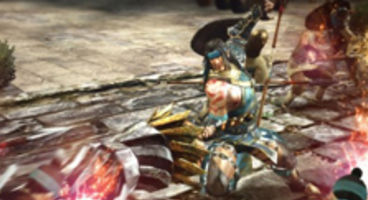 Over here we get to see Dynasty Warriors 7 release on Xbox 360 and PS3 March 29th in the US, and on April 8th in Europe. In Japan it's a PS3 exclusive.

It took the Japanese sales chart crown with last week's sales hitting 253k, which is 50k up from its predecessor - there it's called Shin Sangoku Musou 6.

Is the Dynasty Warriors franchise a guilty pleasure of yours, videogamer? It's all about huge massive battles in an arcade action style, full of combo moves and ridiculous dialogue and occasional funny hats from what the trailer below shows.