FemShep will get more love in Mass Effect 3 advertising 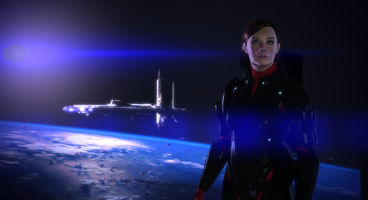 FemShep will get more representation in the marketing of Mass Effect 3, thanks to the backing of her fans. Jennifer Hale, a veteran voiceover actress who is also known for her role as Bastila Shan in Knights of the Old Republic, made the role popular with her no-nonense, gruff portrayal of Commander Shepard.

Bioware director of marketing David Silverman noted on his Twitter account this Tuesday: "there will be a #FemShep trailer. We actually had a meeting on her yesterday. We are working on the look now."

Not only will she be getting her own trailer, but FemShep will also appear on the Collector's Edition box, which Silverman also confirmed.

Fans have already created FemShep versions of the Mass Effect 2 launch trailer, like the one below.