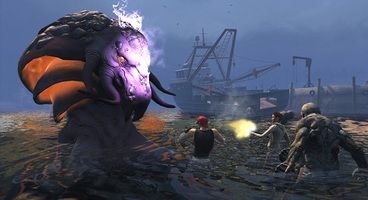 Funcom and Electronic Arts announced at Gamescom that their Lovecraftian post-apocalyptic MMO, The Secret World, will be released for PC in April 2012, and that starting August 26, gamers can apply to join the closed beta.

The Secret World is a unique MMO in that it takes place in the modern world, where H.P. Lovecraft and the Illuminati are real, and where the end of the world has come and gone, and now humanity has to deal with the aftermath.

“It has never been more rewarding working on ‘The Secret World’ than it is now,” says Senior Producer and Creative Director Ragnar Tørnquist. “The progress we are making in development allows the whole team to really enjoy just playing the game for hours on end. We are all looking forward to bringing in players through upcoming betas, and their feedback will be crucial to the further development of the game as we progress toward the April, 2012 launch.”

Gamers can sign up for beta-testing at the official site here.