Heavy Rain "really a genre," no sequel except for "similar drama" 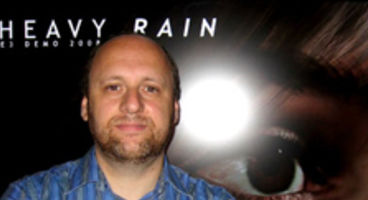 Quantic Dream's David Cage has ruled out a sequel for PS3 Heavy Rain, something he decided before it met with "success or a failure" - it's a genre.

They'll use "a similar drama to tell any type of story" they can in the future, for any genre "and in any style." They're sticking with "very dark" adult themes.

"We created the genre," declared David Cage at the BAFTA ceremony. "We own the genre, and we want to show that Heavy Rain was not a coincidence or a lucky shot - that it was really something that makes sense and that we can build on."

"But at the same time I didn't want to make a sequel. I made that very clear before knowing whether the game would be a success or a failure, because I want to show that it's really a genre. Which means that you can use a similar drama to tell any type of story in any genre and in any style."

"So, we are going to explore different directions. Still very dark, still for adults, but completely different from Heavy Rain. We want to satisfy our fans, but we want to surprise them too. That's our challenge." Quantic Dream currently has two projects on the go.

Did you enjoy PS3 exclusive Heavy Rain? Does it define its own genre of game?