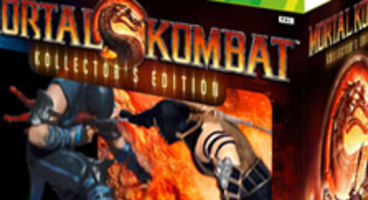 Warner Brothers have pulled the sheet off the Mortal Kombat Kollector's Edition, which is available now for pre-ordering. Scorpion and Sub-Zero figurine!

Yep you get a fancy figurine plus a 110+ page art book full of concepts. There's an in-game Retro Ninja Costume too for Ermac, and Xbox 360/PS3 avatar gear.

· Kollectible Figurine of Scorpion and Sub-Zero