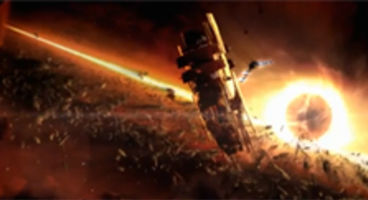 Action and consequence are big parts of Mass Effect, created by BioWare, and that's not changing, in fact going off the "critical path" is more rewarding than ever.

Decisions we've made throughout ME1 and ME2 will alter the stage in Mass Effect 3, says Casey Hudson. Taking your time gives an "amazing, very definitive ending."

"You’re basically building towards greater and greater degrees of success, in terms of how you’re able to fight the Reapers. So similarly you’re going to want to do more, and be more successful, and make better choices throughout," said executive producer Hudson.

Shephard in Mass Effect 3 is gearing for war with the Reaper fleet and decisions he makes will drastically alter how the conflict plays out. Our past judgements will be playing a role too and grant us opportunities others might not get because of their decisions.

"And then that, combined with more personal or more moral choices about how to deal with things… those things will ultimately affect part of the end game, which is pretty amazing." The BioWare executive reveals a little more on the choices before us.

"I think a way to think about it is if you made decisions early on, you’ll see them affecting this. And the decisions you might want to make that go against those prior things are gonna be harder," he said. "Killing the Rachni might present opportunities in Mass Effect 3 that you wouldn’t otherwise have, but if you don’t take those opportunities and you try and do something in opposition to that, then it would be harder for you than if you work with it."

"Similarly with the decisions at the end of Mass Effect 2, for whether you saved the base or destroyed it." This part was teased as a major moment at the end of the second game - do you save or destroy the Collector home base, which is based on Reaper tech.

"And so all the different things that you do, if you do a little side quest, or you go off and do a major plot, these things contribute to the war effort. If you just rip straight down the critical path and try and finish the game as soon as you can, and do very little optional or side stuff, then you can finish the game," continued Hudson.

"You can have some kind of ending and victory, but it’ll be a lot more brutal and minimal relative to if you do a lot of stuff. If you really build a lot of stuff and bring people to your side and rally the entire galaxy around you, and you come into the end game with that, then you’ll get an amazing, very definitive ending."