Stringer: PSN attack heralds rise of a "bad new world" out there 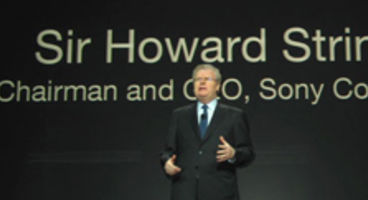 Sony CEO Sir Howard Stringer has cautioned that the hacking of PlayStation Network is the "shape of things to come" for online businesses and services.

He concedes that Sony must "earn back the trust and loyalty" of its users. Stringer praised PlayStation head Kaz Hirai for his "coolness and leadership" skills.

"It's the beginning, unfortunately, or the shape of things to come. It's not a brave new world; it's a bad new world," declared Sir Howard Stringer, Sony's big boss. The corporate giant has been criticised for 'dragging its feet' when warning users of data theft.

"We have to earn back the trust and loyalty we may have lost in this circumstance. That's our goal and that's one we have to reach." Credit card data was stolen and over 100m accounts were breached. Kaz Hirai was commended for his efforts.

"If anything happened in this period that was positive, Kaz demonstrated coolness and leadership and reliability absent of disagreement and dissidence that was very impressive," said Stringer. They're adamant PlayStation Network is as strong as it can be.

"We have done everything possible and reasonable to make sure that a system is secure from attack," said PlayStation boss Kaz Hirai. It'll take time to fully take stock of the financial cost of PSN's downtime, but only a "very small percentage" of users have quit.