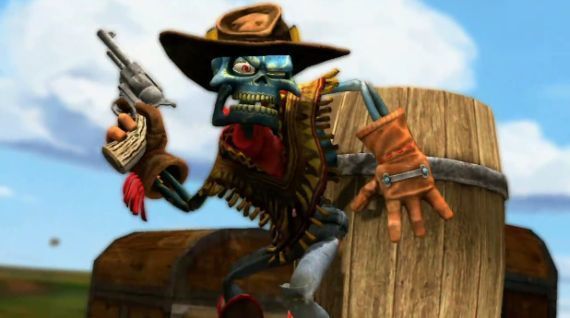 The shift from XBLA game to retail game, according to Wilford, is at the hands of Microsoft, including CEO Steve Ballmer. The decision came from the demo Twisted Pixel did of the multi-genre title to the execs, who really liked what they saw. This decision was apparently made in Feburary.

This isn't the first Kinect game to go from Xbox Live Arcade to retail - Joyride was originally a free XBLA game that was turned into a retail Kinect game. Hopefully, the results with The Gunstringer will be a lot better.