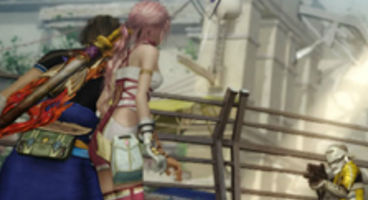 Square Enix has announced that Final Fantasy XIII-2 will be on North American shores sometime in January next year so "be excited!" What of Europe?

No mention of an EU retail date yet. Final Fantasy XIII-2 is the very first direct sequel in the very long running JRPG franchise. It was revealed early this year.

While Final Fantasy XIII took a long time to develop, the sequel has had an impressively short lead time as it was only announced in January this year. "FINAL FANTASY XIII-2 is slated for a January 2012 release for North America. Be excited!" twittered Square Enix.