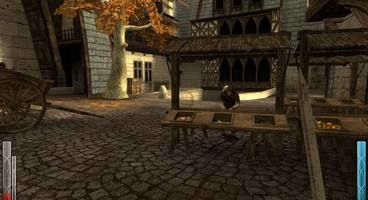 According to the LinkedIn profile of a senior game designer, Ubisoft was experimenting with an "Oblivion-style" Might & Magic game, but eventually gave up on the project.

The designer was at the publisher's Shanghai outpost for seven months in 2009 at the time, and according to the LinkedIn profile, the developer worked on "game design and several story passes for unannounced Heroes of Might and Magic game, which began as an RTS and was changed to an Oblivion style RPG before being cancelled."

There are other goodies in the profile, such as working on the "reconstruction" of I Am Alive, and developing "a non-kill oriented FPS shooting system involving group AI behaviors where threats and wounding were promoted over murder as the most effective gameplay mechanic."

As it is, the only Might & Magic project being released in the next few weeks is their tactical strategy/RPG Might & Magic Heroes VI.