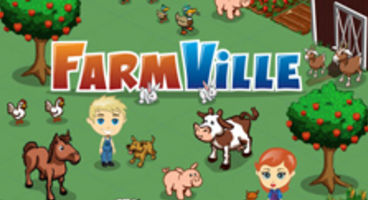 The reason for no FarmVille on Xbox 360 is because frankly not enough of everyone's friends own one compared to smartphones and laptops/PC.

It's "too small a demographic" on Xbox Live says Zynga's Brian Reynolds. It lacks the "core magic of social" as most friends won't be there, unlike Facebook.

Xbox Live's 25 million plus active users just aren't enough farm hands for FarmVille which can enjoy the potential labour pool of over 500 million on Facebook.

"The thing that seems to make social gaming and networking magical is the fact that all my friends are potentially there and they might see the things that I'm posting or doing or expressing." A mere 25 million or so users? No thanks.

Xbox Live is "too small a demographic. Think about, of my friends, how many of them own an Xbox 360? Well, I'm a game developer and I even come from a triple-A space so we might even be in the double digits... Twenty or maybe even thirty percent of my friends might have an Xbox 360, but effectively 100% of them have Facebook and effectively 100% of them have a mobile phone. Of them, probably 90% have a smartphone."

"So when you think about the social potential of a platform... if we made a game on Xbox Live, I think - forgetting about the fact that I might have an artificially high percentage of friends that do it because of what my profession is - the number of anyone's friends that's going to be able to participate in the social experience is going to be a very small number so the amount of social capital that there is isn't going to be very high."

"That's why right now we're on Facebook for sure, and mobile is the obvious next place for us to go because it is an inherently social platform. I mean, we've got to be on several different kinds of platforms, but especially if we can figure out a way to have people socialize cross-platform. Then, hey, we're helping with the problem. We're helping people socialize that wouldn't be able to," added Reynolds.

Do you play FarmVille, videogamer? Maybe you still prefer SimFarm?