Third times a charm with No More Heroes, remake heads to PS3 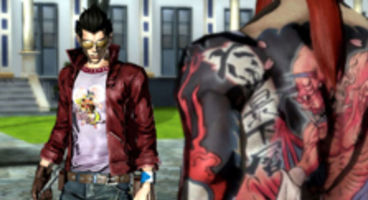 There are exclusive features to this PS3 version like five bosses from No More Heroes 2, ten missions not in the Wii game, and a 'forbidden view' mode.

Red Zone carries a Z rating which the No More Heroes Heroes' Paradise PS3 release didn't, unlike the Xbox 360 title. A boss battle mode and online ranking mode are also included in Red Zone, as well as a 'forbidden view' mode and other bonuses.

There's no word if this is based off the widely criticised Feel Plus port said to be riddled with bugs. No More Heroes Red Zone releases on PS3 July 21st in Japan.