Sony: "...surpass Microsoft or we fail? No," profitability is the key 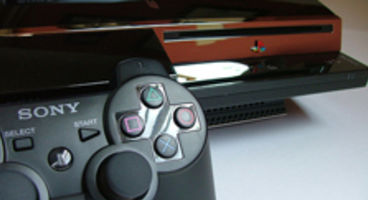 Corporate giant Sony is gunning for profitability over surpassing Microsoft in the console hardware sales wars. They've a "very aggressive plan" for 2011.

Right now Sony is just trying to "keep up with inventory" and sell what they can. They plan to be profitable this year and then "do even better next year."

"We obviously are very bullish on our platform. We do feel like we have a great message with Move... and we feel we have the strongest lineup we've ever had coming this year," said PlayStation software senior brand manager Scott McCarthy in an interview.

"PS3 has superior technology inside the box, and this is going to be the year where we make a lot of noise based on the exclusive titles you're going to be able to play."

"So do we pass Xbox 360? At the moment, I think we're trying to just keep up with inventory and trying to move as many units as we can through the channel," said McCarthy, asked if the PlayStation 3 will overtake Xbox 360 this year.

"It's also one of those things where, do we notice what Microsoft is doing? Obviously, they are our competition. But is it like we surpass Microsoft or we fail? No. Our goal is to be profitable and we're going to achieve that this year and do even better next year."

"That's been Nintendo's position for years. We have a very aggressive plan this year. And when we're profitable we're happy. If we happen to close the gap with Microsoft in the meantime, then that's good too," he continued.

Sony has managed to keep manufacturing costs of the console down over the recent years, with more and more snips being made all the time. Will we see another PS3 price cut? With hitters like Uncharted 3 and the like it would certainly help move them at retail.