22 August 2011 | By Jonah A. Falcon
Ubisoft has announced Just Dance Kids 2, a child-friendly version of its popular dancing game Just Dance 2. The game will be released for the Xbox 360, PlayStation 3 and Wii. As expected, the game will utilize each system's motion controller; the 360's Kinect, the PS3's Move, and the Wii's Wii Remote.

Just Dance Kids 2 will feature more than 40 songs, including “Love Me,” “Whip My Hair,” “Just The Way You Are,” and popular songs from kids' favorite TV shows and movies, such as “Burnin’ Up,” “Barbara Ann,” “Shake Your Groove Thing,” and the YouTube hit song, “I Am A Gummy Bear (The Gummy Bear Song).”. The game will also feature updated remixes of childen's song standards like “Head, Shoulders, Knees and Toes” and “The Hokey Pokey”. The game will include lyrics in multiple languages. 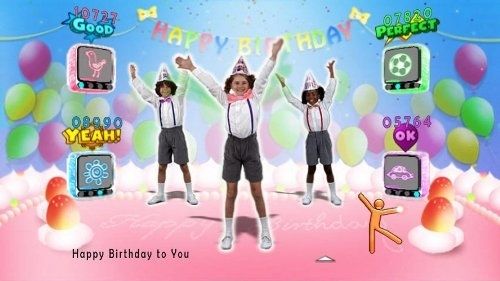 “Just Dance Kids 2 provides families and kids of all ages with exciting new features building upon those elements that first made the game a success,” said Tony Key, Senior Vice President of Sales & Marketing at Ubisoft North America. “For the first time, Just Dance Kids 2 will be available on all three motion control platforms, making it a must-have family title. The game will get kids active and moving while bringing the entire family together, laughing and dancing in their living rooms.”