22 August 2011 | By Jonah A. Falcon
Ubisioft has announced a new robot apocalypse platform shooter, inventively titled Shoot Many Robots. The game, coming to PC, Xbox Live Arcade and PlayStation Network, stars P. Walter Tugnut (whose first name is "Peanut"), who's on a mission to, well, shoot many robots. 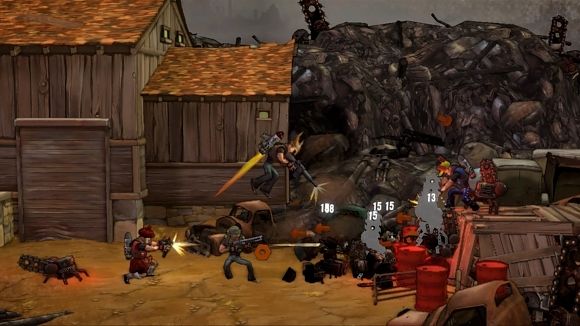 The game features a cel-shaded look, and boasts a four-player co-op mode, in which friends can enjoy run-n-gun side-scrolling RPG shooting, completed with weapon and item customization. Shoot Many Robots will also feature two game modes: Traversal, a campaign mode in which players must progress linearly through a level, and Survival, in which players fight against waves of robot hordes. 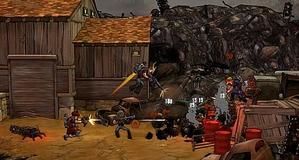