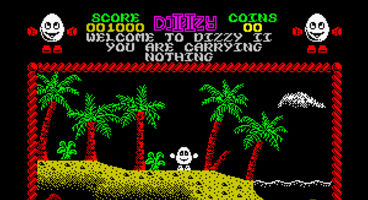 Publisher Codemasters will be bringing a new Dizzy title to market they reveal, which has been sleeping since the 1980's. Will it be a HD remake or a new adventure?

It's not clear exactly what Dizzy plans are in motion other than the fact one is in motion. What platforms? Again the cards are close to Codemasters' chest for now.

Andrew and Philip Oliver created Dizzy way back when and it seems more adventuring awaits the series, centred on an intelligent egg-based life form. The first game released in 1986.