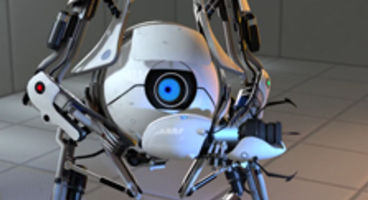 Valve's Gabe Newell has revealed that Portal 2 has sold over 3 million copies worldwide since the science-loving, action puzzler sequel released in April.

He talked up the impact that games like Portal can have on education, noting some use it for teaching physics. The original Portal cleared 4 million at retail.

Valve has never divulged the Steam sales figures for Portal but we do know it sold at least 4 million box copies. The original title released back in 2007 to critical acclaim and its sequel scored equally high when it released in April this year.

Gabe Newell, Valve co-founder and managing director, made the announcement at the Games for Change conference hosted by the Games for Learning Institute. Do you think games should be playing a greater role in education?