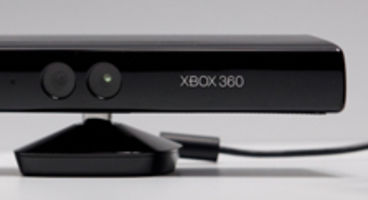 John Carmack of id Software says you "just don't bolt" the kind of tech that Kinect is onto a game for the sake of it, games are "all about designing around" controls.

Kinect's technology is "scalable" which Carmack is "pretty excited about," as it can get "ten times better" in the years to come; important to be "playing around with."

"It’s not that they’re not good, but you just don’t bolt that kind of technology on," explained John Carmack, id's technical director, on why Rage doesn't include Kinect or PlayStation Move support. It seems Microsoft's Kinect has Carmack interested more.

The veteran programmer has been tinkering with the PC Kinect SDK.

“The Kinect is a scalable technology, which I’m pretty excited about,” he said. “And that technology can get ten times better in the coming years, so I think it’s an important thing to be playing around with.”

It's no good just tacking it onto a game and thinking 'that's progress'. "It’s not something that you can tack onto an existing game,” he said. They "got asked a lot about what can we do with Kinect or the PlayStation Move with RAGE, and it’s like well… nothing, really.”