23 November 2011 | By Jonah A. Falcon
Publisher Bigben Interactive has announced Test Drive: Ferrari, which will be launching on the 30th March, 2012 for PC, Xbox 360 and PlayStation 3.

The developer has yet to be announced, but various sources are speculating that it will be developed by Slightly Mad Studios, which developed Need for Speed: Shift. The developer acquired Blimey! Games, who had been working on a Ferrari title themselves. In August, Slightly Mad had teased, "On the Ferrari game, expect some interesting news very soon." No information on Test Drive: Ferrari has been revealed as of yet.

The lastest Test Drive title was Feburary's Test Drive: Unlimited 2, which was published by Atari. The game received a 7.5/10 review score from Strategy Informer. 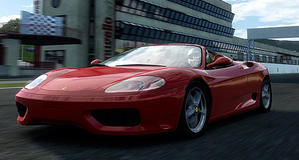