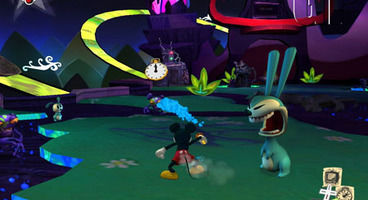 Various industry sources are reporting that Disney Interactive has started to lay off personnel from Junction Point, the developer who produced Epic Mickey, led by Warren Spector.

Most of the information is being leaked via tweets from developers sending shout outs to their friends who have apparently been laid off.

Bryan Cash, a programmer based just down the road from Spector's Austin outfit at Schell Games tweeted, "Condolences to those folks laid off from Junction Point." Mike Jungbluth, a developer at WB Games Seattle, tweeted, "I hope my homies at Junction Point are alright. Hearing about layoffs there makes me very sad indeed."

It's not unusual for a development company to trim the fat after the release of a major title. Often, the persons "fired" are actually individuals contracted to work on a single project. Time will tell if this is a larger firing leading to the dissolution of the studio, or just a cost-cutting measure.

Epic Mickey received average-to-mediocre reviews, and sold far below expectations, with only 1.69M units sold worldwide, and only 414K units sold in the EU.