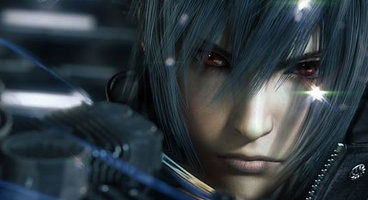 According to Andriasang, Nomura stated the game will take more time than the latter two games because the game will be doing "a number of incredible things".

Little is known about Final Fantasy XIII Versus, save for the meager information given during its announcement in 2006: the main character is a price named Noctis Lucis Caelum who is quoted saying, "Fools set the rules in this world. Just take a look around. It's Undeniable." He will have both physical skills and a secret royal power.

Combat is both real-time and party based, as the player has three members at any one time; the game will initially choose which three you control, but eventually you're given the ability to swap members in and out.