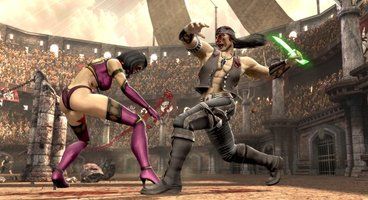 Predictably, the 2011 reboot of Mortal Kombat has been banned in Australia, denying adult Aussie gamers their right to the entertainment of their choice because there's no R18+ rating there.

The highly anticipated video game Mortal Kombat, published by Warner Bros. Interactive Entertainment (WBIE) in Australia, has been refused classification by the Australian Classification Board and will not release in Australia. We are extremely disappointed that Mortal Kombat, one of the world’s oldest and most successful video games franchises, will not be available to mature Australian gamers. WBIE would not market mature content where it is not appropriate for the audience. We understand that not all content is for every audience, but there is an audience for mature gaming content and it would make more sense to have the R18+ classification in Australia. As a member of the iGEA, WBIE is reviewing all options available at this time.

Australian gamers will once again have to hit their politicians where it hurts: the ballot box.