Captain Morgane and the Golden Turtle 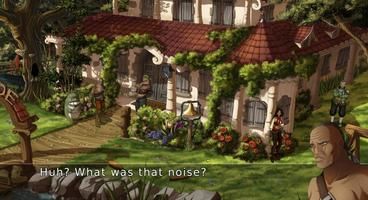 Reef Entertainment has announced a new pirate point-and-click adventure game, Captain Morgane and the Golden Turtle, which will be released late this year for PC and PlayStation Network, as well as the Wii and Nintendo DS. The game will take advantage of the PlayStation Move on the PS3, as well as 1080p HD visuals.

Captain Morgaine, which is written by Broken Sword scribe Steve Ince, is a spin-off from the adventure game So Blonde, and tells the story of Morgane Castillo, the daughter of a renowned pirate, and follows the trail of the legendary treasure of the Golden Turtle, exploring 5 different islands with over 50 beautifully illustrated locations.

Peter Rezon, CEO of Reef Entertainment promises, “Captain Morgane and the Golden Turtle is a wonderful adventure story which is funny and exciting in equal measure. The story and characterisation is explored and beautifully realised by Steve Ince and with the immersive quality of the Playstation MoveTM controller coupled with the exquisite look of the game, we feel ‘Captain Morgane’ will be enjoyed either on your own or with your family. We have high hopes for this game - it is so good and so unique in its style.”

Captain Morgane and the Golden Turtle 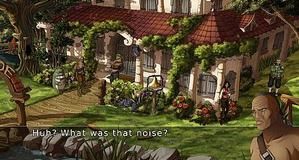